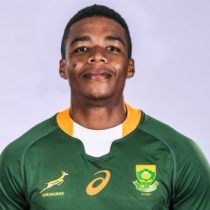 After school he went on to represent multiple Maties' sides before being selected for the Western Province 7s side.

In 2017 he joined the Sharks Academy where he represented the Sharks U21 and U19 sides, as well as College Rovers.

In January 2018 he was selected in the Sharks 2018 Super Rugby squad and toured with the side to Hong Kong where they faced Racing 92.

Williams' electric pace will give the Sharks additional cover out wide as he looks to impress during his debut Super Rugby season in 2018.

He made his debut during the 2018 season and further 5 the season thereafter.

In 2021, Williams shone for the Sharks in a hotly contested scrumhalf role and earned a call up to the Springbok squad following an injury to Jaden Hendriske.