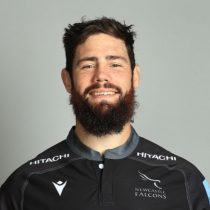 The powerful young forward started his rugby career when his father signed up for the North Pirates Rugby Club at just five years old. He left the Pirates at 15, going on to play his schoolboy rugby for Scots College in Bellevue Hill. Following a standout season in schoolboy rugby, Peterson joined the Waratahs Academy in 2009. In 2010, he made his Shute Shield debut for the Manly Marlins, making his mark by winning the 2010 Shute Shield Rookie of the Year award in his first year out of school. Peterson represented Australia U20 at the 2011 IRB Junior World Championship, however a shoulder injury sustained at the tournament ruled him out of the rest of the club season. He debuted for NSW in the 2011 pre-season fixture against the Western Force in Nowra, coming on in the second half to score the final try of the match.


In March 2019, the 22 international caps signed for Newcastle Falcons and will join the club ahead of the 2019/20 season.