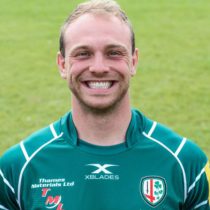 Greig Tonks is a, South African-born, Scottish fullback who started his professional career with Leicester Tigers.

Primarily a full back, Tonks has the ability to play most positions across the back-line.

Tonks left South Africa and moved to England at a young age and was educated at Akeley Wood School and Nottingham High School.

He joined Leicester Tigers Academy and spent long periods on loan at Nottingham Rugby. In 2010 Tonks joined Northampton Saints having failed to break into the Tigers team.

He made his debut for Saints at fullback against Edinburgh in 2010. He spent the 2 years at Saints before agreeing a move to Scotland to join Edinburgh.

He made his debut for Edinburgh in the opening game of the 2012/13 Pro 12 season against Munster.

Tonks is eligible to play for Scotland through his Ayrshire born mother and subsequently made his debut for Scotland A in a 13–9 victory against the Saxons in February 2013.

He made his full international debut for Scotland that same year, when he started at full back against Samoa.

In March 2015 he signed a new contract with Edinburgh which would have seen him remain at the club until 2017, but in February 2016 Tonks left Edinburgh and joined London Irish.

In May 2017, Tonks was a late call up to the Scotland summer tour squad for the three-Test tour. Tonks has been capped six times for his country and last featured for the national team in the 2015 summer test win against Italy in Turin.

Greig notched up 63 points during the 2016/17 season and played his role in the Championship Final triumph. During the summer of 2017, Greig was part of the Scotland touring squad for games against Italy, Australia and Samoa.