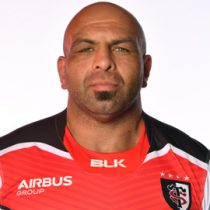 Educated at Paarl Boys’ High, it was Steenkamp’s move to the Cheetahs that fast tracked his career.

2003 then saw the loosehead making his Super Rugby debut for the Cats and went on to get his first Springbok cap in 2004.

He spent six seasons at Toulouse before leaving the side earlier this year. In August 2017, he signed for Stade Francais as a medical joker for the injured Heinke van der Merwe.

Steenkamp has made 53 international appearances for the Springboks and was part of the 2007 World Cup-winning squad.