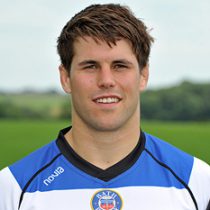 Born in Bristol, Mercer has developed into a quality back-row forward. Having graduated from King Edward's School, Mercer went into the academy setup at Bath before being promoted to the first team squad ahead of the 2010-2011 season.

He made his debut for Bath in 2010 and has since gone on to become a vital member of their loose forward group.

After a chain of impressive performances and displays of leadership skills, Mercer was named Bath's captain for the 2016/17 season.

Mercer, who has made 123 appearances for the Club since his debut in 2011, joined the Welsh outfit in time for the start of the Pro 14 campaign.

In August 2018, Mercer was released from his Bath Rugby contract, with Director of Rugby, Todd Blackadder saying it was due to the talented range of players in the back row at the club & it was clear that time on the pitch would be limited for Mercer.