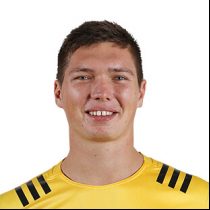 Hockings impressed during his time at Anglican Church Grammar School and was named in the Queensland & Australian Schoolboys sides in 2015.

The following year he represented Queensland U20s and was the youngest player included in the Australian U20s side for the U20 World Championship.

It was more of the same in 2017 for the youngster as he was once again a standout performer for Queensland U20s and was named in the Australian side for the U20 World Championship.

In July 2017 he signed a deal with the Reds that will see him remain at the club until at least 2020.

In 2020, the second rower was one of the players who opted not to accept a pay cut at the Reds.

He later signed a deal with Japanese Top League side Suntory Sungoliath.