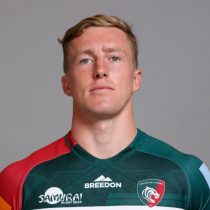 A former Brighton Grammar School student and Moorabbin Rams Junior, Potter played juniors in Melbourne before moving to Sydney where he represented Shute Shield side Sydney University in 2017.

The following year was a breakout year as the young back recorded 20 games for Sydney University, and played a major role in the side's Shute Shield Premiership over the Warringah Rats.

In 2019, Potter lead the competition with 117 defenders beaten, 45 clean line breaks and 1446 metres, more than any other player for the year.

The talented winger would then join Melbourne Rising in the NRC, playing one game before announcing he had signed for the Rebels in Super Rugby for 2020.

In June 2020, Leicester Tigers confirmed the signing of the English-qualified, versatile from the Melbourne Rebels.