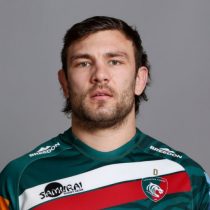 Wells, who can play at lock or flanker, was also part of the Tigers squad that reached the finals of the Premiership Sevens in 2013 and played in every game in the successful Anglo-Welsh Cup campaign in 2016/17 before agreeing a new contract at the club and firmly establishing himself in the senior squad.

His 29 appearances during 2018/19 was the highest by any member of the first-team squad.