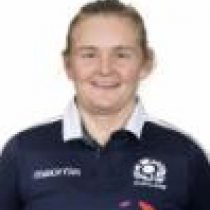 Heather has played international tennis and hockey as well as rugby.

Her father played scrum half for Glasgow Academicals and Glasgow’s district team, and her mother played hockey for Scotland and is in Great Britain’s current over-70 tennis team.

In January 2017, Heather was named in the Scotland Women squad for the 2017 Six Nations tournament.