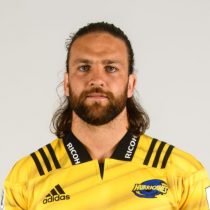 He was contracted and made the Taranaki NPC squad, but a broken cheekbone ruled him out for further appearances.

After his recovery, he signed for Manawatu and in his debut season, he snatched up the starting blindside flanker role for the Turbos.

He has become a regular in the Manawatu lineup since moving south in 2013 and re-signed for the 2016 Mitre 10 Cup season.

He looked to make his Super Rugby debut when he was named in the Crusaders 2017 Super Rugby squad.

April 2017 saw him get named in the Provincial Barbarians side to face the British & Irish Lions in their tour opener in Whangarei on June 3.

In May he was withdrawn from the Barbarians squad in order to fulfil his Super Rugby commitments.

Bedwell-Curtis made 6 Super Rugby appearances scoring 2 tries for the Crusaders as they went on to win their 8th Super Rugby title.

He also started the Crusaders match against the British and Irish Lions. Bedwell-Curtis captained Manawatu during the 2017 Mitre 10 Cup season but failed to pick up another Super Rugby contract for the 2018 season.

He was called into the Crusaders squad as early as the third round following injuries to the sides loose forwards. He ended up featuring in 14 of the Crusaders 19 matches including a start in the final.

Once again he was not offered a contract for the 2019 season.