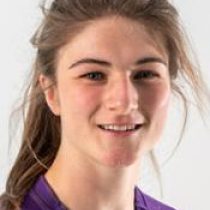 Helen made her Scotland Women debut off the bench against France at Broadwood Stadium in the 2016 Women's Six Nations.

She was awarded player of the match in the first Women's Rugby World Cup Qualifier against Spain at Scotstoun Stadium in November 2016.

In January 2017, she was named in the Scotland Women squad for the Six Nations tournament.