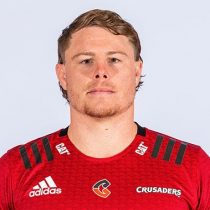 Roach initially made his name playing for Eastwood in the Shute Shield competition and was named Rookie of the Year after the 2013 tournament. This saw him being picked by the Western Force for their match against the British and Irish Lions in June 2013.

He made the Waratahs extended playing squad for the 2014 Super Rugby season as third-choice hooker. An injury to Latu in the latter stages of the season saw the young hooker earn his first Super Rugby cap as a second-half substitute.

The 2015 season brought further success on the field with Roach earning a further 6 Super Rugby caps for the Waratahs including starting in two fixtures in south Africa against the Cheetahs in Bloemfontein and Lions in Johannesburg.

In June 2016, Waratahs announced to have extended Roaches stay with the club, where he will look to add to his 21 Super Rugby caps.

Roach left the Waratahs to join the Melbourne Rebels for the 2019 Super Rugby season, after the season he left to New Zealand to sign with the Tasman Mako.

He was called into the Crusaders squad as injury cover in March 2020.