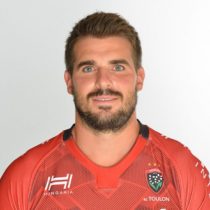 Hugo Bonneval is the son of former French international rugby player Eric Bonneval. He has represented Stade Francais where he made over 50 appearances.

June 2016 saw him receiving an inclusion in the France 28-man squad for their tour of Argentina.

After a chain of impressive performances, Hugo signed a 3-year deal with Top 14 giants, Toulon.

In January 2018 Bonneval was called into France's 6 Nations squad as injury cover for Brice Dulin, and added to his 9 Test caps.

In September 2019 he was ruled out of action for 4-6 months after rupturing his thigh tendon.