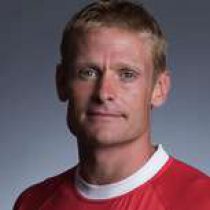 The Blackburn native burst onto the international scene in 2000 just three years after making his senior debut for Bath. A hugely elusive runner, Balshaw has earned a reputation as a quality finisher with pace to burn and dazzling footwork. With a World Cup winners medal to his name along with three British and Irish Lions caps, it is often a surprise to many that Balshaw failed to kick on on the international scene, although this was due primarily to an injury plagued career. Balshwas currently plies his trade in the Top 14 with Biarritz and has nto featured for England since the 2008 Six Nations.