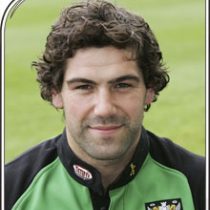 The former scrum-half, who made 57 appearances for Northampton Saints during two spells at the Club, transitioned into professional coaching as an Academy coach at Saracens in 2013 before being appointed England Under-20 Head Coach in 2017.

He joined Montpellier later that year where he was responsible for the Top 14 side’s defence and skills.

In January 2020 he returned to the Saints as Defence Coach.

Vass is regarded as one of the leading young defence coaches in the Northern Hemisphere.