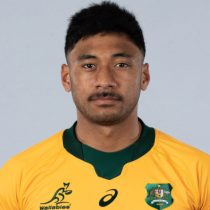 A big playmaker with the ability to break through a defence with his size, step or simply put another teammate through a gap, Irae Simone grew up playing rugby league and was picked in the NZ Schoolboys side despite playing rugby for the majority of his senior high school years.

The schoolboy prodigy attracted interest from both codes in his final year of school but eventually signed with NRL club South Sydney at the end of 2013. At the age of just 18, he said goodbye to his family in Auckland and flew to Sydney to pursue his NRL dream.

The highly talented player scored 19 tries in 36 games for the Rabbitohs at under 20s level and was promoted to the NRL squad for the 2016 Auckland Nines tournament, yet behind the scenes, things weren’t so peachy as Simone began to grow frustrated with the coaches shifting him around the backline and giving him little feedback. As his frustrations grew, Simone began to consider other options when and received a call from Northern Suburbs coach Simon Cron.

Playing at inside centre in a relatively unknown Norths backline, Simone had an immediate impact but the Shoreman took some time to find their feet, winning just four of their first eight matches with Simone quickly becoming one of the most dangerous players in the Shute Shield.

Simone’s form in Norths 13-match winning streak caught the attention of Waratahs coach Daryl Gibson offered the centre his first Super Rugby contract. He made an immediate impact at the Waratahs making 10 appearances for the side but did not feature for the following year promoting a move to the Brumbies ahead of the 2019 Super Rugby season.

The 193cm and 105kg wrecking ball formed a strong centre pairing alongside Tevita Kuridrani as the Brumbies surged to the Super Rugby playoffs with Simone playing all but two games for the Canberra outfit.

His performances led to a new two-year contract extension at the Brumbies in January 2020 by which time he had 26 Super Rugby caps and three tries.

He continued his fine form for the Brumbies in 2020 as the side won Super Rugby Au as the centre made a total of 14 appearances and scored three times for the side before he earn his maiden test call up for the Wallabies.