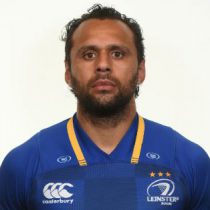 Nacewa is the epitome of a utility back as he is very comfortable at 10, 15, and wing. The Fijian international has three Barbarians caps scoring three tries for the world's most famous rugby club.

After representing Auckland & the Auckland Blues in the NRC and Super Rugby tournaments from 2003-2007, Nacewa took the trip to Ireland where he became a cult hero at Leinster making 126 appearances and scoring over 350 points for the club.

He announced his retirement in 2013 but has completed his comeback to the game and the Irish giants from 2015 by re-signing with Leinster.

After being appointed Club Captain for Leinster in 2015 on a temporary basis, the appointment was made permanent in August 2016.

In April 2017, Nacewa was awarded the Life Style Sports Supporters Player of the Year at the end of season awards.

In his second year back in Leinster after two in retirement, the Leinster captain is arguably going even better this year with 10 tries a career-best in Leinster colours.

Nacewa helped Leinster win the Champions Cup and PRO14 double in his final season with the club making 15 appearances and scoring 50 points across the two competitions.

He confirmed his retirement at the end of the season having made 185 appearances for Leinster, scoring 47 tries, 706 points, and winning several titles including four Champions Cups, 2 PRO14s, and one Challenge Cup since arriving from the Blues in 2008.