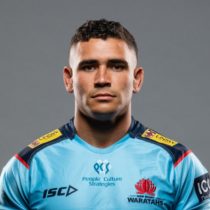 Perese was part of the title winning Anglican Church Grammar First XV in 2014 and went on to represent the Australian Schoolboys. He played both Premier Colts and Premier Grade for Easts in BLK Queensland Premier Rugby during 2015.

Perese's form carried on to Bond University Queensland Country in the Buildcorp National Rugby Championship, where he quickly earned a reputation for his damaging runs from wing and centre. His performances in the NRC earned him a contract with the Reds Senior Squad for the 2016 Super Rugby season.

Perese made his Super Rugby debut off the bench against the Sharks in 2017 and went on to make 11 other appearances for the side and was named in the Australia U20 side for the U20 World Championship.

His performances with the Reds and Australia U20 lead to him being named in the Wallabies squad for the Rugby Championship.

He failed to make his test debut but was named in the Wallabies squad to face the Barbarians.

He enters the 2018 Super Rugby season with 12 caps in the competition and 3 tries.