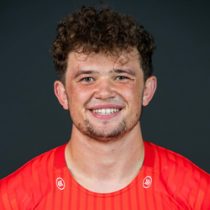 A Garryowen back-rower, Jack Daly played in the All Ireland League and represented the Ireland U20s in the 2018 U20 World Championship.

Daly joined the Munster Academy in the summer of 2018 after coming up through the ranks of Castleisland RFC. Prior to joining the Academy, the flanker represented Munster at U18, U19 and U20/Development level.

Made his Munster A debut in the British and Irish Cup quarter-final against Leinster in March 2018. A strong start to his first season in the Academy saw the Kerry man make five appearances for Munster A in the Celtic Cup.