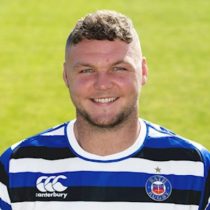 Cardiff-born Davies is a former University of Bath student who signed a senior Academy contract at The Rec following spells with Bristol and Cardiff RFC in 2018.

The former Cowbridge comprehensive pupil became part of the Cardiff Blues Academy in August 2013, spending 20 months at the Arms Park before joining Bristol in the summer of 2015 and making his first team debut against Ulster.

He returned to Wales to spend the 2016-17 season with Cardiff before focusing on his Bachelor of Science degree in Sports and Exercise at Bath University.

During his time at Bath, Davies was capped by Welsh Students making his debut against France.

In June 2020, he signed a deal with Doncaster Knights.