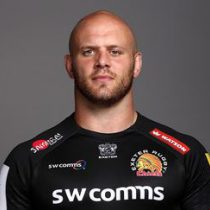 Born in Exeter, England, in December of 1989, Yeandle is a dynamic hooker who began his professional career with Doncaster Knights in 2011. After a solitary year at the Knights, Yeandle was recruited to the Exeter Chiefs.

Yeandle was named as Exeter Chiefs’ club captain for the 2015/16 season. Hooker Yeandle, captained the side at the start of the 2014/15 campaign after Mumm was ruled out.

In October 2015, Yeandle signed a new contract which will keep him at Sandy Park until 2018.