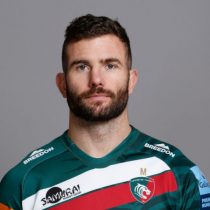 Having made his debut for the Lions as a teenager, Taute’s career has only picked up pace since then. In 2010 he was selected for the SA u20 side and made 7 appearances for them over 2 years

Before starring at fullback as the Lions won the Currie Cup in 2012, Taute made his international debut for the Springboks against the Wallabies as a late injury cover.

An explosive runner who hits hard in the tackle, Taute also has a booming boot which makes him an exciting prospect at fullback, although he has shown the ability to play in the midfield as well.

In August 2016, it was announced that Taute signed to join Irish club Munster as an injury replacement for Francis Saili.

Springbok Taute's loan period was extended until June 2017 before he signed a two-year deal that saw him remain with Munster until June 2019. Initially arriving on a loan basis from the Stormers and Western Province, the centre has lined out for the province on 31 occasions since arriving in September, scoring 8 tries.

Taute scored two tries in a win over Tigers in the European Cup during December 2016 and was named in the Pro14 Dream Team at the end of that season.

His 2017/18 season was cut short by knee injury sustained against Cardiff. In April 2019, having made 40 appearances for Munster, Leicester Tigers announced that Taute will join the side in time for the start of the 2019/20 season.

Taute has 3 appearances for the Springboks