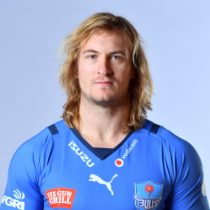 Towering at over 2 metres, the Ermelo man first hit the scene at the U18 Provincial week in Kimberley in 2011. South African Schools selection in the same year, Du Plessis was then contracted by the Bulls in 2012 and showed all his promise in 2013 when he shone for the Baby Boks in the IRB Junior World Championship and made his competitive debut in the Currie Cup.

He made his senior debut for the Blue Bulls in 2013, starting in the 110–0 thrashing of the Limpopo Blue Bulls. In July 2013. The Blue Bulls announced that he signed a contract extension until 31 October 2015.

Shortly before the 2015 Super Rugby season, the Bulls announced that Du Plessis would leave after the 2015 Currie Cup Premier Division to take up a two-year contract with French Top 14 side Montpellier.

In April 2021, Montpellier released Jacques Du Plessis early from his contract in order for him to return to South Africa and link up with the Bulls on a three-year deal.