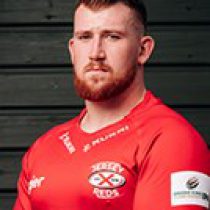 Woolmore joined Exeter Chiefs in the summer of 2015, appearing in the A League and LV= Cup, and also featured as a dual-registered player for former club Taunton Titans.

April 2016 saw him join Jersey Reds on loan as injury cover, also agreeing to a permanent move to the Championship side.