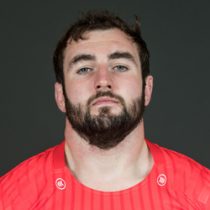 Cronin was born in Ballincollig, and played for Ballincollig RFC, Dolphin RFC and Highfield RFC. After playing his first game for Munster A against Connacht Eagles in a pre-season game in August 2012 James went on to make his B&I Cup debut against Rotherham Titans in December.

He was promoted to a development contract with the senior Munster squad for the 2013/14 season. He made his senior debut in the PRO12 game against Leinster in Thomond Park in 2013 and won the John McCarthy Award for Munster Academy Player of the Year for the 2012/13 season.

In 2014 Cronin was selected for the Irish team and played 1 test against Argentina. He impressed enough over the coming months to be named in the Irish 6 Nations Squad for the 2015 Tournament.

Cronin made his 100th appearance against Ulster in April 2018 and a few months later he signed a two-year contract extension with Munster until June 2021.