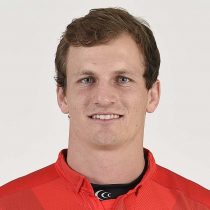 A product of the Mater Maria Catholic School in Warriewood, the Southport Queensland, born utility back has the potential to play either centre positions or on the wing and is a hard-runner with the ball in hand.

He was part of the u/20 Australian squad that traveled to South Africa in 2012 for the Junior World Cup.

He was selected for the Sydney Stars team that participated in the 2014 National Rugby Championships, and scored three tries in eight appearances for the club before switching to the National Capital.

The former Warringah Rat and Sydney University centre starred in the Shute Shield for two years before catching the eye of several Super Rugby franchises.

A qualified engineer, Durgaville has made 22 appearances for the Brumbies since debuting against the Reds in 2015 and is keen for a starting position in the Brumbies backline in 2017.

Dargaville signed a one-year extension in August 2017 and stayed with the Canberra side for the 2018 Super Rugby season.

He played 3 games in 2018 before joining the Sunwolves ahead of the 2020 Super Rugby season.