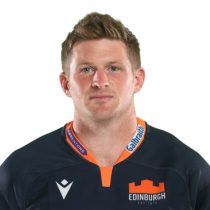 A powerful, elusive presence, the centre learned his trade with Edinburgh clubs Watsonians and Currie and has represented Scotland under-20, under-19 and under-17.

Johnstone spent the majority of season 2012/13 with Scotland 7s, while in contract with Glasgow Warriors before signing for the abbreviated national team full-time at the outset of the 2013/14 season.

As well as being involved in the World Series, Johnstone has won six caps in the Rugby Europe Grand Prix Sevens circuit and in June 2013 he played in the Rugby World Cup 7s in Moscow.

Impressive performances throughout the 2013/14 season saw him named in the Scotland 7s squad that would compete in the summer's home Commonwealth Games, in Glasgow, and the following season he was a mainstay of Calum MacRae's squad with another year of outstanding play.

Johnstone continued to show his 7s prowess on the 2015/16 Series, where he scored 22 tries to finish as Scotland's second-highest try-scorer for the season.

He also played a pivotal part in Scotland's historic Cup win, in the final leg of the 2015/16 Series, in London.

Johnstone made his Pro14 2017-18 bow with Edinburgh against Leinster Rugby in Round 5.

As of June 2020, he has made 49 appearances for the Scottish club and has scored 35 points.