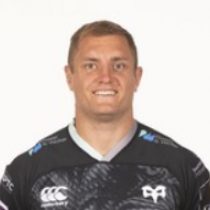 The Australian born flanker who has represented Wales at Under 18 and 20 levels between 2008 and 2010, finally made his international debut in 2013 in Japan.

King earned himself 48 caps with Aberavon before moving to Ospreys in 2009 where he currently has over 112 caps to his name.

King was selected for the Welsh squad who partook in the 2015 Six Nations Championship and has also been named in the extended Welsh squad for the 2015 World Cup.

The Ospreys back row has represented Wales on 10 occasions and he was named in the Wales 2017 6 Nations squad.

In May 2017, King was named in the Wales squad for their two-Test summer tour to play Tonga & Samoa.