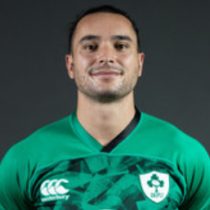 Born and raised in the town of Nelson on New Zealand's South Island, Lowe attended high school at Nelson College where in addition to playing rugby, he was a junior and senior schools athletics champion and also represented New Zealand Under-15s at basketball.

After leaving high school, he began playing local club rugby with the Waimea Old Boys club. Lowe has played at secondary schools level for New Zealand being a part of the successful New Zealand Schools team that beat Australia in 2010.

Lowe debuted for his local province, the Tasman Makos, as a 20-year old in 2012, scoring twice in six matches as the men from Nelson reached the Championship semi-finals. He was firmly established as a regular in the side for Tasman during their Championship winning year in 2013.

He continued his excellent performances in the ITM Cup Premiership, playing all 12 of Tasman's games during the 2014 season as they reached the Premiership final before losing 36-32 to Taranaki in the final, with Lowe netting an impressive 8 tries during the campaign.

Lowe made his Super Rugby debut by coming on as a substitute in the Chiefs' first match of the 2014 season against the Crusaders in Christchurch.

Having been called into the Māori All Blacks, Lowe was selected for the 2016 end-of-year rugby internationals, scoring 5 tries in 3 appearances against the USA Eagles, Munster and Harlequins.

In 2017, the dynamic winger looked to build a solid season with great form for the Chiefs in Super Rugby. He scored three tries in the first two rounds of the Super Rugby season.

In March 2017, Leinster Rugby confirmed the signing of Lowe for the 2017/18 season. He joined up with his new Leinster teammates after the conclusion of the 2017 Mitre 10 Cup campaign which he played for his home province Tasman.

As of November 2019, he has made 34 appearances for Leinster and has scored 120 points.

He heads into the 2019 Champions Cup with 9 appearances in the tournament and has scored 30 points.