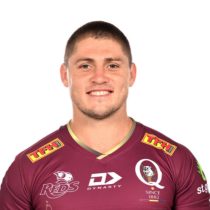 In his debut season with the Force in 2008, O'Connor became Super Rugby’s youngest player at just 17 years of age. He debuted for the Wallabies later that year, becoming the second-youngest Australian to pull on the famous gold jersey.

In 2009, he became the first Wallaby to bag a hat trick of tries on his full run on debut.

He capped off that stellar season being named the Australian Rookie of the Year. At Test level, O'Connor became the youngest Australian to reach 100 Test points. In doing so, he became the record holder for individual points scored in an away fixture, accumulating 29 against France.

O'Connor has had his problems off the field and spent some time abroad at London Irish and Toulon after losing his Wallaby contract. He resigned for the ARU and Reds for the 2015 season in hope of reigniting his Wallaby dream of playing for his national side again.

On 13 October, the QRU and Queensland Reds announced that O'Connor would be released from his contract effective immediately, meaning he would not play the 2016 Super Rugby season for the Reds and finish his 2-year contract.

He joined Toulon for the 2016/17 season and helped the side to a Top14 final, making 18 appearances for the French side scoring 8 points.

O’Connor joined the Sharks at the start of the 17/18 season arriving from Toulon after two years in the south of France.

The utility back settled quickly in Manchester and made an instant impact to the squad at Carrington, making 31 appearances in total for the club over two years.

In July 2019, the Sale Sharks agreed to release O’Connor from his three-year contract with immediate effect.

The decision allowed him to pursue his ambitions of playing for Australia in the 2019 Rugby World Cup.

In July 2019, Queensland Reds confirmed the signing of O'Connor on a two-year deal, following a solid return to the Wallaby side he was selected for the World Cup side.

Wallabies' Rookie of the Year 2009