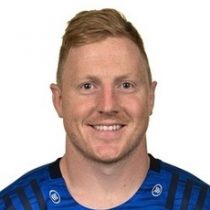 Tracy left Newbridge College in 2009, following in the footsteps of other such past pupils from the Kildare secondary school as Bernard Jackman, Fionn Carr & Ireland captain Jamie Heaslip, into the Leinster set up.

Having played within the Leinster/Ireland underage setup and making strides with his club UCD, Tracy became well known for his elusive ball-carrying ability and recognizable blonde highlights.

Tracy made his debut for the province in November 2012, while still a member of the Academy. Having only played 3 minutes away to Ospreys in his debut, Tracy has gone on to establish himself as a dynamic presence within the Leinster setup.

Tracy was originally a loosehead, however following the guidance of then Leinster coach Joe Schmidt convinced the Kildare native that his future lay playing hooker.

In October 2016, Tracy was named in the Irish squad ahead of the November Internationals, he made his international debut off the bench against Canada.

In May 2017, he was named in the Ireland squad for the summer tour to USA & Japan - having won his 2nd cap in the 6 Nations against Italy.

As of November 2019, he has 6 Irish caps and has represented Leinster 98 times and has scored 35 points.

He heads into the 2019 Champions Cup with 25 appearances in the tournament.