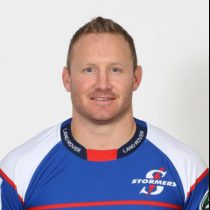 Having created a name for himself at scrumhalf at the Lions over a number of years, Jano was contracted at the Bulls in 2011.

He plays a strong game centred on quick delivery and resolute defence and his consistent performances earned him a Springbok call up in 2013. After over 100 Super Rugby caps between the Lions and the Bulls he left for the Northern Hemisphere to play for Toulouse.

Injuries have plagued him whilst in France and at the end of the 2015 French Rugby season, he joined up with WP and the Stormers on a two and a half year deal.

Vermaak represented South Africa A against the French Barbarians in July 2017 and made 12 appearances for the Stormers scoring one try.

He then helped Western Province win the 2017 Currie Cup and was once again included in the Stormers 2018 Super Rugby squad.