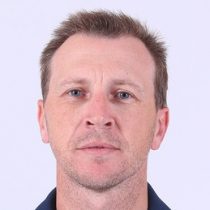 Jason Gilmore worked through the Reds youth set up and was the Junior Reds Head Coach between 2008 and 2010.

Following his stint as the Junior Reds head coach he worked as the 1st XV Head coach at Toowoomba Grammer School until 2014.

He returned to the Reds as the side's Elite Development Head Coach, a position he held until 2016 when he was promoted to Assistant coach of the franchise.

He also served as the Reds EYD Coach and was named as the Junior Wallabies Coach in 2018.