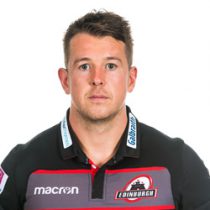 The outside centre made appearances for the Welsh u18 and u20 side. Has been in the 7s squad since his debut back in 2012.

Harries has played most of his rugby on the wing, however has also featured in the centre, with his versatility giving the back-line an extra dimension throughout the 15/16 campaign.

He spent the majority of his club career at Welsh Premiership outfit Carmarthen Quins where he came through the junior ranks, before spending three years with Wales Sevens on the IRB Sevens Circuit.

The Welshman signed for London Scottish and scored seven tries in his debut season at the club, with his power and pace making him a fan-favorite in Richmond. After a successful time at the Championship club he signed for Edinburgh on a 1 year deal.

Following the conclusion of that contract he announced he would be moving to Cardiff Blues.