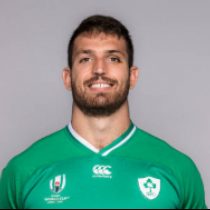 Born in Linden, South Africa Jean Kleyn earned provincial honours after he attended Hoerskool Linden as he represented Western Province U19s during the 2012 Under-19 Provincial Championship.

The final two of his starts came in their 31–23 semi-final victory over the Blue Bulls and the final, in which Kleyn played the entire 80 minutes, helping his side to a 19–16 victory over the Golden Lions to win his first senior trophy.

Kleyn established himself as a regular in the Stormers squad during the 2015 Super Rugby season, appearing in thirteen of their seventeen matches, including five starts. He helped the Stormers finish top of the South African Conference and also played in their qualifier against the Brumbies, a match won by the Australian visitors to eliminate the Stormers from the competition. He once again was a key player for a Western Province team attempting to retain their Currie Cup title in the 2015 but the side could not emulate their 2014 result, losing 24–32 to the Golden Lions.

Kleyn suffered an arm injury in a warm-up match against the Jaguares prior to the 2016 Super Rugby season, which ruled him out of the start of the competition. Kleyn secured an early release from his contract with Western Province in July 2016, leaving South Africa to join Irish Pro14 side, Munster, on a three-year contract prior to the 2016–17 Pro12 season.

On 3 September 2016, Kleyn made his competitive debut for Munster when he came on as a substitute against Scarlets in the sides opening 2016–17 Pro12 fixture. After 42 appearances and 6 tries scored for Munster, the South African lock signed a new deal that would keep him at the province until June 2022. The deal meant Kleyn became eligible to represent Ireland under World Rugby residency rules in September 2019/

Kleyn took his test cap tally to 5 at the World Cup with injury ruling him out of the 2020 Six Nations. As of June 2020, Kleyn has 70 caps for Munster and has scored 9 tries.