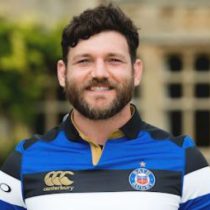 South African-born Williams qualified to represent England through his English father, having played for the Hamilton SP RFC in Cape Town and for the Sharks Academy before a spell in France at Federale 1 side Chateaurenard in Provence. He joined England's training camp in early 2012 before being awarded a full-time Sevens contract.

A dynamic and powerful player - as prop or wing in sevens, and at centre or wing in rugby union - Williams made his national team debut at the 2012 Marriott London Sevens. He gave a hint of what was to come with an impressive solo score against Australia in the closing stages of the Twickenham tournament.

In total, he scored 36 tries in his 20 tournament appearances on the Sevens World Series circuit. In early 2015, he was part of the successful squad that won the Tokyo Sevens – the first for England since 2013.