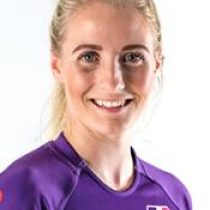 Jenny's Scotland Women international debut came in the 2015 6 Nations opener against France in La-Roche-sur-Yon and was part of the team that lifted the Bowl in Kazan, Russia in leg 1 of the Grand Prix Series.

In January 2017, she was named into the Scotland Women squad for the 2017 Six Nations tournament.