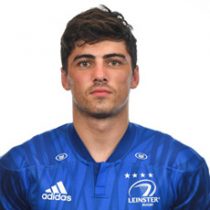 O'Brien was born in Eadestown in County Kildare, Ireland. He played in his school rugby with Newbridge College. Although he played fly-half at school, he has moved to inside centre with the Leinster academy. His strengths in attack include a good kicking game, footwork, and passing, while in defence despite his lack of size he has a physical approach.

He represented Ireland at the London and Paris legs of the 2017-18 World Rugby Sevens Series before securing a spot at the 2018 Hong Kong Sevens qualifier, scoring four tries.

O'Brien made his debut for Leinster against Ospreys in November 2018 and went on to make a further six appearances before signing a senior contract ahead of the 2019/20.