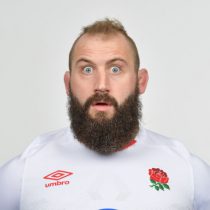 Marler was born in Eastbourne, England.

Having previously represented England Under-16 and U20 as well as several appearances for the Saxons, Marler is now a regular member of the Test team. A European challenge cup winner with Harlequins in 2011, and Premiership winner with them in 2012.

He made his Test debut against the Springboks in 2012 and is a player with massive potential to become an England great.

Joe made his Six Nations debut in 2013 Calcutta Cup game - since then has missed just one game in the competition round 5 in 2014. He played in all four of England's matches at RWC 2015, starting the first three.

In early 2016, he re-signed for another year with the Harlequins team. In May that year, Marler announced his exclusion from England's Australian tour due to recent disciplinary issues. He was later named in the England squad for Old Mutual Wealth Series.

The Harlequins prop returned from a self-imposed break that saw him miss the Australia series, to play a part in the win over South Africa. Marler has rediscovered his love for the game of rugby, having made a remarkable comeback from his fractured leg when England won the 2017 Six Nations.

Marler was included in his 1st British and Irish Lions tour when he was named in the 2017 tour to New Zealand.

In August 2017, Marler committed his long-term future to Harlequins, originally contracted until 2018, he extended his deal by a further three years, keeping him with Harlequins, until at least 2021.

Having represented England on 59 occasions, Marler confirmed his retirement from international rugby to spend more time with his family.

However, in July 2019, Marler made himself available for international duty and was named in England's training squad for the 2019 Rugby World Cup.

He went on to take his cap tally to 68 during the World Cup, including a cap off the bench in the final. He was also named in the 2020 Six Nations squad, he has accumulated 27 caps in previous editions of the tournament and added 4 more to his tally.

Following the World Cup, the prop forward went on to rack up 514 minutes of play and two yellow cards in the process prior to the season being brought to a halt.