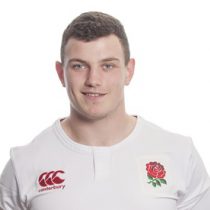 He joined Worcester Warriors at U16 level and played for the U18 team, also captaining the school's rugby side. Before that he attended Holy Cross Catholic Primary School in Sutton Coldfield, where he was born.

Joseph first played at King Edward VI at the age of 11, where he was encouraged to join his local club Sutton Coldfield which he did when playing for the U13 team. He progressed through to the U17 side.

His representative honours include Greater Birmingham, North Midlands and England at U16 level and he also played against France U17 for the England Academies in April last year.

In the year that Joseph represented England U16 team he became a more permanent front row player after being a No. 6 or No.8.

Joseph is playing his rugby for Worcester. Morris was been named in the 2017 and 2018 U20 England 6 Nations squad.