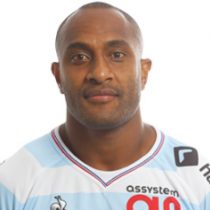 Rokocoko is known for his speed and strength which has accounted for his prolific try strike rate.

After an outstanding career with New Zealand international sides at the under-16, under-19, and under-21 level, he started playing Super 12 rugby.

Rokocoko was the youngest player selected for the All Blacks since another great wing Jonah Lomu in 1994.

Rokocoko played for the Blues in the 2003 Super 12 season. He made his first appearance for the All Blacks on 14 June 2003 against England. The International Rugby Players' Association named him new player of the year in 2003.

In 2011, after 68 games & 46 tries for the All Blacks along with 96 appearances for the Blues, Rokocoko signed with Aviron Bayonnais in the Top 14. He played for Aviron Bayonnais for four seasons, where he made a positional switch from wing to centre during his time there.

In July 2015, it was announced that Rokocoko had signed a contract with Racing Metro 92. He debuted for the Parisian club on Friday 21 August 2015, where Racing Metro recorded an emphatic victory over Toulon at Stade Mayol in Toulon.