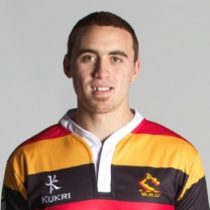 Joe Webber has had a journeyed career already despite being born in just 1993. Having represented the All Blacks at all underage grades, the flying winger made his debut on the sevens circuit in 2011, aged just 18. He has also made a number of appearances for the Chiefs and Waikato U18 sides.

Webber has continued his illustirous career by becoming a vital part of the New Zealand Sevens side, while making appearances for the Maori All Blacks.

In 2016 he left Waikato and joined Bay of Plenty.

Webber was named in the NZ Province Barbarians squad to face the British and Irish Lions and came off the for Bryn Gatland in the 60th minute.