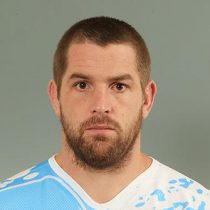 Bardoul started out his senior career with Waikato, however, a lack of game time saw him join the Bay of Plenty Steamers in 2013.

He was called up to the Chiefs wider training group towards the end of the 2013 Super Rugby season to cover for the injured Michael Leitch and won a full-time contract in 2015.

Bardoul signed for Japanese side Yamaha Jubilo in 2016.

The New Zealand born Bardoul signed with the Western Force after spending the two seasons in Japan.