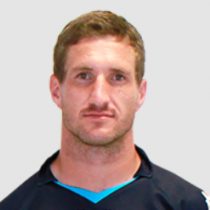 The Grey College superstar has had to live up to his considerable reputation throughout his career and has not been found wanting at any level.

Goosen is a flyhalf who seems to have the complete package as he provides a creative influence on attack and does not shirk on defence, whilst he is also able to control the game with his siege-gun boot.

All of this, coupled with his accuracy as a goal-kicker, make him one of the most exciting prospects in South Africa.

Signing for Racing 92 in 2014, the versatile Goosen established himself in the Top 14 and was voted best player by his peers in October 2016.

Goosen announced his shock retirement from rugby on the 16th December 2016 - much to the amazement of his employers, Racing 92. Goosen had previously extended his deal with the Parisians to 2020.

In February 2018, Montpellier announced that they reached an agreement with Racing 92 to buy Goosen out of his contract, the Burgersdorp native joined Montpellier on a three-year contract from the summer of 2018.

Goosen has 13 caps for South Africa, making his debut against Australia back in 2012, his last appearance came in November 2016 against Wales.

The Cheetahs confirmed that Goosen would re-join the Bloemfontein outfit on a three-month deal before he joined Montpellier ahead of the 2018/19 Top 14 season.

He is committed to Montpellier for a period of three years until 2021. In April 2021, Goosen signed a deal to return to South Africa to join the Bulls.