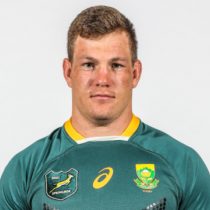 Young and talented Grobbelaar represented the SA Schools in 2015.

The following year he was selected for the Blue Bulls U19 Currie Cup squad.

In November 2017, Grobbelaar was named Most Promising or Improved Currie Cup player at the Blue Bulls awards ceremony.

The following year, he recommitted himself to the Bulls and Blue Bulls for a further two seasons.

His Super Rugby debut for the Bulls came in their final match of the 2018 Super Rugby season against the Lions when he came on as a second-half replacement.

In June 2020, Grobbelaar was a member of the Super Rugby Unlocked-winning Bulls team in a season ravaged by Covid-19. In that same year, the Bulls emerged victorious in the Currie Cup as well, a feat they repeated in 2021.

In June 2022, Grobbelaar was part of the Bulls side which contested the United Rugby Championship Final against the Stormers in Cape Town.