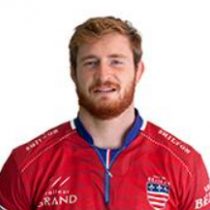 Madigan was promoted from the sub academy to the academy for season 2013/14.

The UCC student played for Munster U20s in the Interprovincial campaign in September 2013.

He was included in the Ireland U20 squad for the 2014 IRB Junior World Championship in New Zealand, but illness later prevented him from travelling.

Signed a one-year development contract for the 2016/17 season.

In May 2017, Munster confirmed that Madigan will leave the club at the end of the season and join Massy in the Pro D2