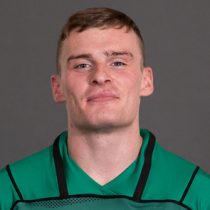 A former Rugby League winger with Wigan, O'Donnell joined the Sharks in July 2014 and has been a regular feature in the Jets and U23 side.

He was awarded the Community Player of the Season at the Premiership Awards in May 2016.

The Wigan-born convert, whose grandparents hail from Galway and Sligo, is a member of the Ireland 7s side following his release from Sale Sharks.