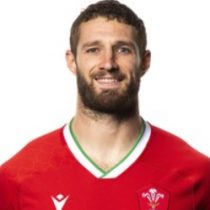 Known for his hard-working, strong and combative nature, Jonah also represented London Wasps in both the Senior Squad and in the Wasps 'A' squad. Playing at scrum-half or wing, he made five senior appearances for Wasps from 2010/11 and won promotion to National One with Henley Hawks after being dual registered.

Jonah, who also plays fullback and wing, is another product of St. Benedicts School and continues to follow in the footsteps of fellow ex-pupil Joe Simpson. A loan spell followed at London Scottish in 2012/13 and then with Premiership newcomers London Welsh before being recalled by Wasps. Holmes made the move to Yorkshire Carnegie on loan in the 2013/14 season ending the campaign as the club’s top try scorer and made the move permanent in the 2014/15 season.

Staying for two more seasons as the Yorkshiremen reached the Championship play-offs, he joined Tigers in the summer of 2017 joining Joe Ford in leaving Carnegie for Tigers. He has experience at scrum-half and full-back as well as on the wing where he has been a prolific try-scorer, scoring 15 tries in 22 Championship games this season and 51 in 87 appearances during his time at Carnegie.

Jonah Holmes claimed 11 tries in his first 10 appearances for Leicester Tigers during 2017/18 before reaching international status with Wales the following season. He made his test debut against Tonga at Millennium Stadium in November 2018. He also featured in Wales' Grand Slam-winning Six Nations campaign in 2019 taking his test cap tally to 3.

Ahead of the 2019/20 season, Holmes has made 30 appearances for the Tigers scoring 16 tries with his form earning him a recall to the Wales squad for the 2020 Six Nations.

Holmes, named for the Wales squad in the 2020 Six Nations has a total of 3 caps. In May, the Dragons confirmed the signing of Holmes.