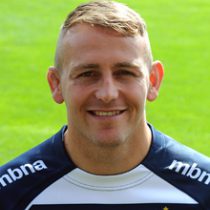 Mills was released from Sale Sharks at the end of the 2016/17 season.