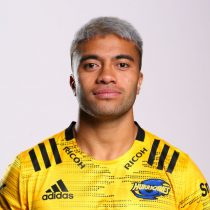 Jonathan played a major role in Canterbury's U19 tournament victory, which led to him being selected to represents New Zealand in the 2016 World Rugby Under 20 Championship.

After the 2016 World Rugby Under 20 Championship Jonathan went on to play for Counties Manukau in the Mitre Cup and was called into the Chiefs Super Rugby squad following the injury to Brad Weber ahead of the competition.

Taumateine made his Super Rugby debut against the Highlanders in Round 1 of Super Rugby coming off the bench to replace Tawera-Kerr Barlow at half time.

Having made his Super Rugby debut for the Chiefs in 2017, Taumateine was named in the New Zealand Barbarians side to face the British and Irish Lions on 3 June 2017.

In May Taumateine was withdrawn from the NZ Barbarians squad in order to fulfil his Super Rugby commitments.

In August 2017, Taumateine signed a two-year deal with the Chiefs.

The year 2017 was the year of growth for Jonathan. He made six appearances for the Chiefs in Super Rugby and came off the bench to face the British & Irish Lions in June.